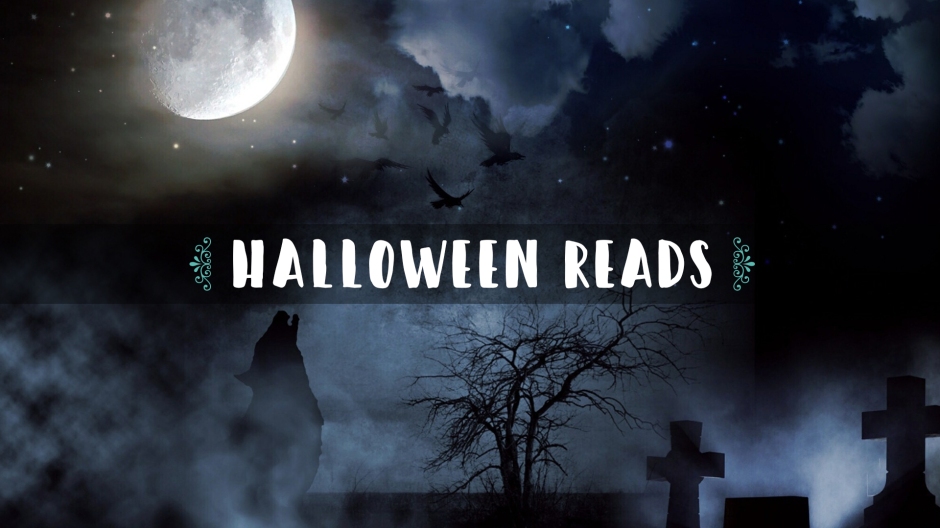 Once again, the awesome Lauren from Wonderless Reviews is hosting a Halloween Readathon during the whole month of October. The best thing about it? There are no rules! She has set some challenges and you decide on which to try your hand at. I’ll attempt just a few because I know I won’t be able to complete them all this year, especially since I’m already running late.

If you are looking for some inspiration for your own Halloween reads, you might want to check these out:

END_OF_DOCUMENT_TOKEN_TO_BE_REPLACED

I’m constantly looking to expand my reading and this time around I don’t mean just different genres. I mean reading about different people, cultures, and places too.

Finally, from this year on, I’m taking a step towards that goal. Jean, from Howling Frog Books, is hosting the Reading ALL Around the World club and I’m joining it! Here I explain the challenge a bit, but for the detailed description and sign up page, go HERE. END_OF_DOCUMENT_TOKEN_TO_BE_REPLACED

Lauren @Wonderless Reviews is hosting a Halloween Readathon this October and I’m really excited to join in! The best thing about it is how chill it is. She gave out some challenges and you can try and accomplish as many as you’d like, but it really depends on what you want to do. I’ll be joining in on Twitter using the hashtag #HalloweenWR to show my progress or simply make any comment related to my Halloween reads. If you want to check which books I chose, keep on reading.

END_OF_DOCUMENT_TOKEN_TO_BE_REPLACED

For the month of August I decided to join in the last month of the 2016 Comment Challenge! It’s co-hosted by Lonna @FLYLēF and Alicia @ A Kernel of Nonsense and it’s meant to help bloggers conect through comments.

After signing up for the challenge, the lovely hosts pair the bloggers and for the entire month, they’re both meant to check each other’s blog and comment. There were two options: do 5-10 comments or 11-20. I went with 11-20 comments for the month and was paired with Jean from Howling Frog Books 🙂

I joined because I thought it was a pretty cool idea to get to know a new blogger and her blog. I’ll let you know how it went, but I’m confident I will be able to post 11-20 comments throughout the month. Wish me luck anyway! 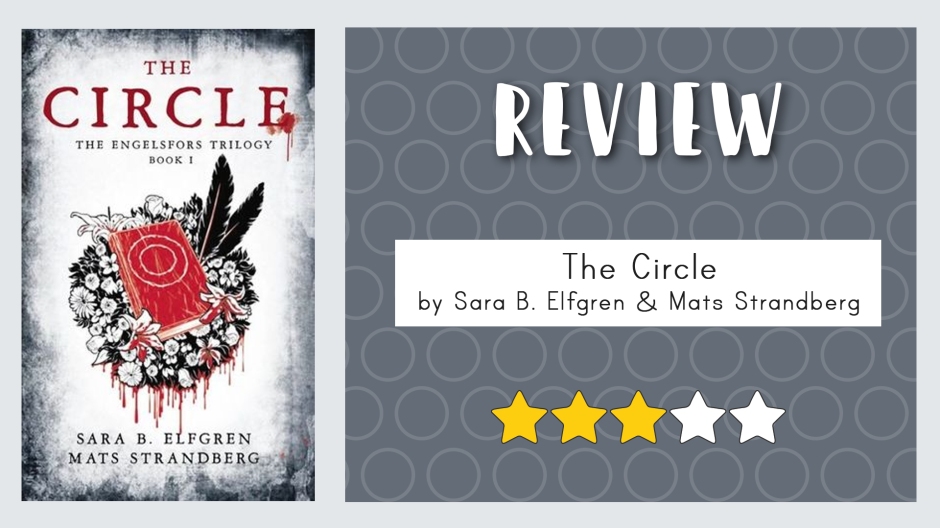 On a night after the apparent suicide of high school student Elias Malmgren, a blood-red moon fills the night sky. Minoo wakes up outside her house, still in her pajamas, and is drawn by an invisible force to an abandoned theme park on the outskirts of town. Soon five of her classmates–Vanessa, Linnea, Anna-Karin, Rebecka and Ida–arrive, compelled the same force. A mystical being takes over Ida’s body and tells them they are fated to fight an ancient evil that is hunting them. The park is a safe haven; the school, a place of danger. The six are wildly different and definitely not friends…but they are the Chosen Ones.

As the weeks pass, each girl discovers she has a unique magical ability. They begin exploring their powers, but they are not all firmly committed to their mission–to discover the truth about Elias’s death. Then a horrible tragedy strikes within the circle. Newly determined to fight the evil forces, they begin to learn magic from The Book of Patterns, an ancient work with a will of its own that reveals different things to different witches.

In this gripping first installment of the Engelsfors Trilogy, a parallel world emerges in which teenage dreams, insanely annoying parents, bullying, revenge, and love collide with flirtation, dangerous forces, and ancient magic. An international sensation with rights sold in 24 countries, The Circle is razor-sharp and remarkable from start to finish.

The Circle is an enjoyable easy read with a group of distinct main characters that happen to be Swedish teenage witches! Sadly, there isn’t much action or magic, but the little there is, I really liked. We spend a lot of time getting to know the lives of the girls and their growing relationship, which was very well done. I want to continue with the trilogy because I think there’s a lot of potential and the characters ended up captivating me.

END_OF_DOCUMENT_TOKEN_TO_BE_REPLACED 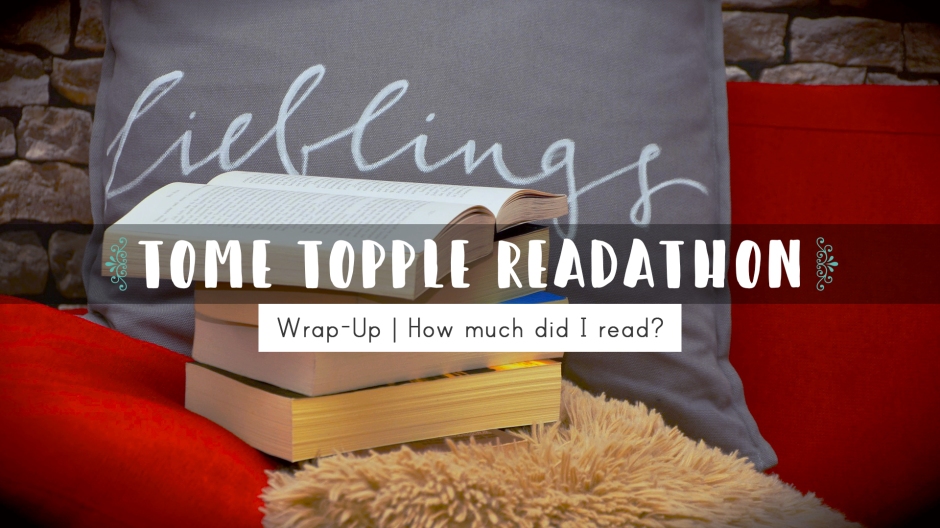 Sam from Thoughts on Tomes hosted the first ever Tome Topple Readathon from June 5th to June 19th. I made a post about my possible reads for it here where I explain better what it entailed if you want to read more about that. Today I’ll be checking my results in this wrap-up to see how much I actually read and what challenges I succeeded at.

END_OF_DOCUMENT_TOKEN_TO_BE_REPLACED 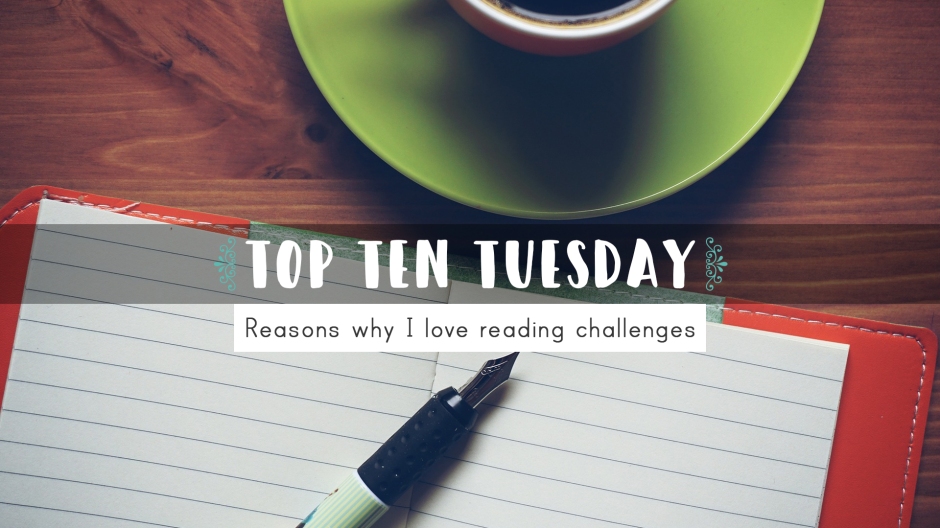 Hi there! Today is time for another Top Ten Tuesday, a meme created by The Broke and the Bookish. The given topic was pretty free – Top Ten Reasons I Love X – so I decided to share with you my love for reading challenges! I know many people find them restraining or boring, but I just love participating in them. Who knows? Maybe I’ll change someone’s mind by listing all the things I like about them. Let’s check them out:

END_OF_DOCUMENT_TOKEN_TO_BE_REPLACED

Sam from Thoughts on Tomes is hosting the first ever Tome Topple Readathon from June 5th to June 19th. The Readathon consists in reading big books (500+ pages) and reading as many pages as possible. The challenge is tackling those books that we are sometimes afraid to pick up because they’re really long. Today (June 4th) is the last day to sign up if you want to participate in an international giveaway of a 500+ book. You don’t have to sign up to participate in the readathon, that’s just for the giveaway.

To make things even more fun, Sam has created some challenges that you can try to accomplish if you want, although it’s not mandatory. Keep in mind that you can pick something that fits more than one challenge.

I decided to join in and here’s the list of books I’m hoping to get through: